Some of the best evidence for vegan athletic performance comes from the athletes themselves. The night before a national running competition, I was wearing a neon-yellow running shirt with a vegan message on it. I went to the event cafeteria and started to put my backpack over a chair when the woman sitting across from me noticed my shirt and said, “Are you vegan?” When I nodded yes, she replied, “Me too. Before you get any food, would you like to go back to my room where I have a fridge and room full of raw vegan food?” My eyes almost popped out of my head: “Would I!”

Turns out I had the good fortune to meet one of the best senior sprinters in the United States. In 2012 Jeanne Deprano set the record for the mile in the women’s seventy-five to seventy-nine age group at six minutes, forty-seven seconds. (A mile run in less than seven minutes is awesome for anyone at any age.) I didn’t know any of this as we trekked back to her dorm room. Jeanne treated me to a decadent raw meal of dehydrated seed crackers and an array of nut butters, veggies, and fruit. She told me that the first thing she does after checking in for any competition is take her empty suitcase to the grocery store and load up with the food she’ll need for her stay.

Inflammation is part of the body’s immune response to injury and irritating substances. Scientists believe that endotoxins, a type of bacteria found in animal products, may enter the human bloodstream and cause inflammation. Just a single meal of meat, dairy, or eggs can trigger an inflammatory response within hours. Foods high in sugar and saturated fats can also trigger overactivity in the immune system and cause inflammation.

I’ve come to believe that one reason I’m able to frequently place in my age group in races is because my meat-eating competitors are developing arthritis and dropping out of competitions. I also observe that my meat-eating friends don’t have the kind of relatively easy recovery rates that vegan athletes commonly report. Even the mainstream publication Arthritis Today, the magazine of the Arthritis Foundation, has stated that in order to reduce arthritis inflammation, it’s important to cut down on or eliminate meat.

A vegan diet is generally anti-inflammatory because it includes no meat or dairy products. Does every kind of vegan diet protect against inflammation? Not entirely. It’s important to eat whole grains and avoid refined grains, such as white bread, cereal, and pasta. Whole grains have less sugar and more fiber, which reduces the levels of C-reactive protein. Ideally, purchase intact whole grains that need to be cooked before they can be consumed. If you’re buying a processed product, such as bread, make sure that a whole grain is the first ingredient. 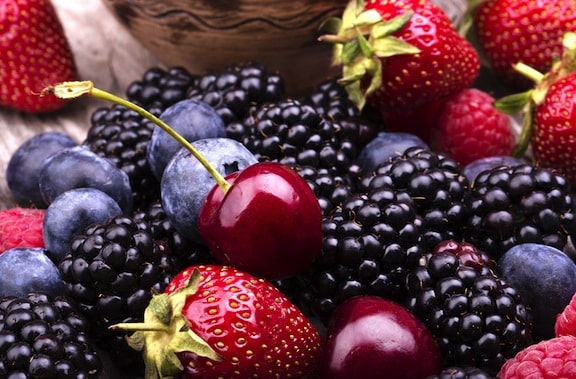 The following plant foods are just some of the many ones known for their superior anti-inflammatory properties:

▪ Beets. The greens and even the roots of beets have long been associated with purifying and anti-inflammatory properties.

▪ Berries. Studies point to the rich colors of berries, pigments known as anthocyanins, as potent anti-inflammatories. Blueberries have received much acclaim for their potential to prevent Alzheimer’s disease, and strawberries are linked to lower levels of C-reactive protein, an indicator of inflammation. 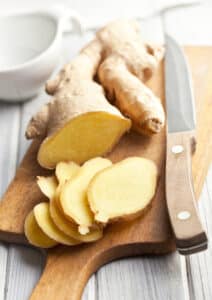 ▪ Nightshade vegetables. Tomatoes and peppers are in the night- shade family and are purported to cause inflammation. However, these foods may affect some people but not others. Lycopene, found in pink and deep-red fruits and vegetables, has been shown to reduce inflammation in the lungs. Cooking foods often releases more nutrients, and cooked tomatoes have twice as much lycopene as uncooked tomatoes.

▪ Soy. Several studies have shown that soy reduces inflammation in bone and in the heart. Processed, concentrated soy in the form of soy isoflavones does not demonstrate the same beneficial effects. Therefore, choose edamame, tofu, and soymilk rather than pro- cessed soy burgers and hot dogs whenever you can.

This excerpt from Vegan Fitness for Mortals reprinted by permission of The Book Publishing Company, ©2016 by Ellen Jaffe Jones.

« Protein: Not a Problem in a Plant-Based Diet
Ahiflower May Be the Best Omega-3 Source for Vegans »