Coffee is actually very healthy. It’s loaded with antioxidants and beneficial nutrients that can improve your health. Studies show that coffee drinkers have a lower risk of several serious diseases. Here are 10 of the top health benefits of coffee that have been confirmed in actual human studies. Still, you need to be mindful of its negative effects as well. For all 36 benefits and precautions, see this thorough post on 36 Amazing Benefits (and Side Effects) of Coffee – A Balanced View Based on Science — which include live citations of studies.

This is probably the most obvious of coffee. People drink it to feel less tired. It is because caffeine is a stimulant. When you consume coffee, the caffeine is absorbed into your bloodstream. It then travels to the brain where it blocks the neurotransmitter adenosine.

Adenosine is an inhibitory neurotransmitter. Though it helps in energy transfer, it acts as a depressant of your central nervous system. This means it suppresses arousal and promotes sleep. Usually, the levels of adenosine in your brain rises each hour you’re awake, making you more and more sleepy.

When blocked, other neurotransmitters such as norepinephrine and dopamine increase. This is what causes the stimulant effect. Firing of neurons is increased. As a result, you’re more awake.

So in addition to increasing your energy level, coffee also makes you . . . well, smarter.

When caffeine stimulates your nervous system, it goes on to send signals to other parts of your body. Fat cells are signaled to break down body fat.

In short-term coffee drinkers, caffeine can specifically burn fat. Studies have shown that it can burn as much as 29% fat in lean folks and 10% for obese folks. When the fat is released into the bloodstream, they become free fatty acids. You can then use them as fuel.

With slight variance amongst different types of coffee, coffee can boost metabolic rate by 3-11% too. But more importantly, caffeine increases the adrenaline levels in blood. You know the adrenaline rush that makes you want to run for hours? The purpose of this hormone is to ready your body for intense physical exertion.

Put all of this together, and you can improve your physical performance by drinking coffee. Next time you head off to the gym, try a cup of black coffee before you go!

Not only can coffee help you work out better, it also takes care of you afterward. Some people say no pain, no gain. But soreness isn’t always good after working out. To reduce the pain, try drinking two cups of coffee.

In a double-blind, placebo-controlled experiment, participants consumed drinks after their muscles were stimulated with eccentric exercise. With this type of exercise, your muscles will elongate due to the opposing force.

One hour after drinking, pain intensity was calculated using a 0 to 100 scale. Caffeinated coffee produced a large decrease in sensitivity to pain.

According to the findings, drinking around 2 cups of brewed coffee after exercise will help greatly with pain reduction.

Health benefit #4: Coffee can lower the chances of Alzheimer’s disease 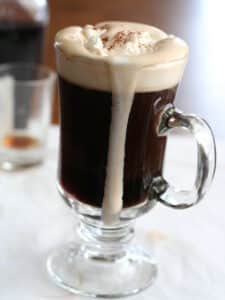 Alzheimer’s disease usually affects seniors over the age of 70 years old. It is the leading cause of dementia. It is also the most common neurodegenerative disease worldwide.

It is an irreversible brain disorder. Gradually, those with Alzheimer’s lose their memory skills, thinking skills and ability to carry out basic tasks.

Sadly, there is no known cure yet. However, there are many preventive steps you can take. They include the usual advice for having good health: a healthy diet, regular physical and mental exercise etc. But drinking coffee has made the list too.

Many studies show that coffee drinkers can have as much as a 65% lower chance of getting Alzheimer’s disease. In one study with 54 participants, caffeine intake was associated with a drastically lower risk. This was independent of other factors as well.

Health benefit #5: Coffee can lower the risk of Parkinson’s disease
After Alzheimer’s disease, Parkinson’s is the second most common neurodegenerative disease. And as with Alzheimer’s, there’s no known cure yet either.

This disease is caused when neurons generating dopamine in the brain die. Coffee drinkers have been found to reduce the risk by around 32% to 60%.

However, those who drink decaf don’t seem to have any change in risk. This may be because caffeine has a positive effect on dopamine neurotransmitters.

In addition to prevention, coffee may also help those already suffering from Parkinson’s. According to the Research Institute of the McGill University Health Centre, caffeine may help control movement. 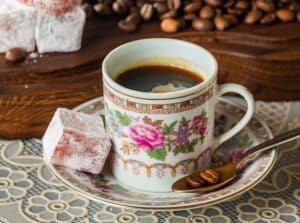 As mentioned before, caffeine boosts dopamine levels in the bloodstream. Dopamine is a neurotransmitter responsible for movement, memory and cognition. However, it also plays a role with feeling pleasure.

For both studies, the magic number was 4 (or more) cups. So the bottom line is, coffee may lower the risk of developing depression and helps improve your quality of life.

Health benefit #7: Coffee can lead to a healthier liver
While alcohol will kill your liver, coffee can have positive effects on the organ. The liver is responsible for hundreds of functions to keep the body operating. The diseases that can affect the liver are numerous as well. They include hepatitis, fatty liver disease and more.

Many of these will lead to cirrhosis. Your liver is mostly replaced by scar tissue with this dreadful condition. Thankfully, coffee may be a weapon against cirrhosis. Drink 4 or more cups every day and you may lower your risk by about 22%. It was concluded that an ingredient in coffee is especially helpful against alcoholic cirrhosis.

This was reinforced by another research. It showed that drinking two or more cups every day can reduce chances of death from liver cirrhosis by about 66%.

What other positive effects does coffee have on your liver? Dr. Carlo La Vecchia and other researchers from Milan, Italy found that drinking all that coffee can lower the risk of liver cancer too.

Regular drinking of coffee may reduce risk of primary sclerosing cholangitis. PSC is a rare disease that affects your liver’s bile ducts.

Decaf coffee can lower liver enzyme levels, as shown by a study in the medical journal Hepatology. Not all benefits are due to the caffeine! 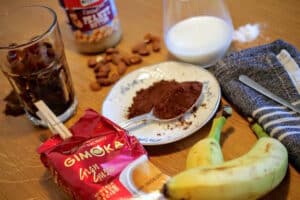 Gallstones are solid pieces that form in your gallbladder, which is right under your liver. If they block a bile duct, it’ll cause immense pain.

These stones can be formed due to your diet (too much cholesterol), gallbladder problems (it can’t empty properly) or medical conditions, such as cirrhosis. Caffeinated coffee can help prevent these factors, and can prevent gallstone formations.

A study tracked the coffee consumption and development of gallstones of 46,008 men for 10 years. It was found that those who drank regularly had a decreased risk of gallstone formation.Another study with women found similar results.

Type 2 diabetes is a serious health problem worldwide. It affects about 300 million people. Those afflicted are either unable to produce insulin or are insulin resistant. This leads to elevated blood sugar levels.

Coffee seems to reduce the risk of developing type 2 diabetes. Studies show a general decrease in risk from 23% to 50%. But one study showed a reduction of up to 67%! A review of 18 studies and a total of 457,922 participants showed that with each cup you drink daily, you can lower your chances of diabetes by 7%.

This was proved by a Harvard School of Public Health review too. HSPH researchers gathered data from three other studies. Questionnaires were used to evaluate the diets of the participants every four years. 7,269 participants had type 2 diabetes and had to file additional questionnaires.

Those who drank one more cup per day over the four years had an 11% lower risk. Those who didn’t change their level of intake had no change in risk.

Researchers at UCLA have found that that consuming coffee has an effect on sex hormone-binding globulin (SHBG). This protein controls the activity of testosterone and estrogen. These sex hormones are present in the development of type 2 diabetes.

One of the study’s authors, Dr. Simon Liu, noted that there’s an inverse association between coffee consumption and risk for type 2 diabetes. By increasing the plasma levels of SHBG, coffee may inhibit the development of diabetes.

Moderate consumption of coffee has been found to protect against heart failure. Doesn’t caffeine increase blood pressure? So how can coffee help with heart disease and stroke?

The key word here is “moderate.” In the study by the Beth Israel Deaconess Medical Center and HSPH, “moderate consumption” per day is:

Coffee can increase blood pressure, but only by about 3-4 mm/Hg. This is a small effect. It can go away too if you’re a regular drinker, as your body becomes used to the caffeine.

Women who drink coffee have shown evidence of reduced risk of heart disease. In addition, there are some studies that show a 20% lower risk of stroke in coffee drinkers. This may be due to the antioxidants in coffee.