Excerpted from A Short Guide to Veganism by Vivian Penelope Alvez. Contrary to what many people believe, dogs are true omnivores. It’s not difficult to raise healthy vegan dogs on a vegan dog food diet for your special companion. First, a little background.

Dogs belong to the biological family canidae, which is a lineage of carnivorans that includes domestic dogs, wolves, foxes, jackals, and dingoes. As such they’re more omnivorous than many carnivores. And even though wolves, their direct ancestors, will occasionally eat berries and vegetables, dogs themselves are much better adapted to a plant-based lifestyle, especially when it comes to grains.

Compared to wolves, dogs have specific genetic differences that allow them to digest cooked starches and sugars, and even thrive on them. They have evolved alongside humans for a very long time, creating a somewhat cultural and genetically visible kinship along the way.

WHAT’S A GOOD VEGAN DOG DIET?
There are quite a few ready-made vegan dog foods, but if you want to avoid artificial vitamins and potentially allergenic ingredients like wheat, corn, and soy, you can also cook for your dog from scratch. To avoid preparing the food every day, just stack it in the freezer and make sure to defrost it at room temperature in time. I store my dog Lola's veggie mix and her cooked food separately in rather small packages. It is furthermore advisable to feed a vegan dog twice a day, since plant-based food is digested pretty quickly.

The advantages of vegan dog food are tremendous. It's not only healthy, but anti-inflammatory and joint-friendly (the latter being especially important for older dogs). Vegan dogs also smell rather neutral and when their nutrition is done right, they are never gassy.

Please note that when using legumes, make sure to cook them thoroughly until they're really mushy. Otherwise your dog will be gassy or even worse, not digest the legumes at all.

To ease your mind you can order regular full blood exams for your dog anytime - just like for humans this is recommendable anyway. But don't expect your vet to be knowledgeable when it comes to vegan dog nutrition, most are unfortunately rather fearful and irrational regarding this very modern issue. 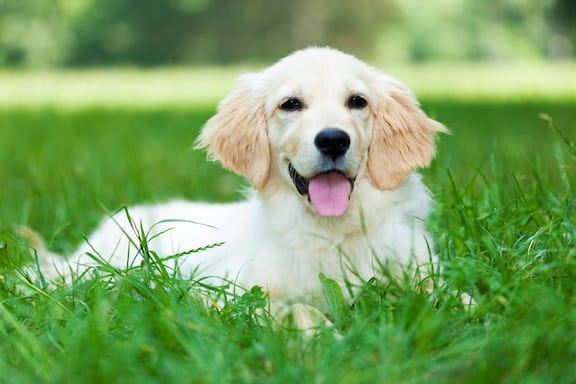 Supplements for the dog’s diet
In terms of supplements, B12, L-carnitine and taurine should be given, but one should also consider the following nutrients: calcium (dogs need large amounts), vitamin D, folate, and iodine (the latter can be provided by feeding nori).

Other minerals and vitamins are easily provided by a balanced diet based on foods such as buckwheat, millet, legumes, whole grains and pureed raw vegetables (Lola's veggie mix consists of carrots, beetroot, zucchini, fennel and broccoli plus lemon juice for preservation). Examples for good oil sources are virgin coconut oil, peanut paste and tahini (the latter contains great amounts of calcium).

Chewy treats
Great options are sweet potatoes or yams. Just cut them into thin slices and place them on parchment paper next to each other. Bake them in the oven at 250° F (120° C) for about 3 hours (or longer for a more crispy consistency).

Excerpted with permission from A Short Guide to Veganism by Vivian Penelope Alvéz. Visit her on the web at Veganism Explained. 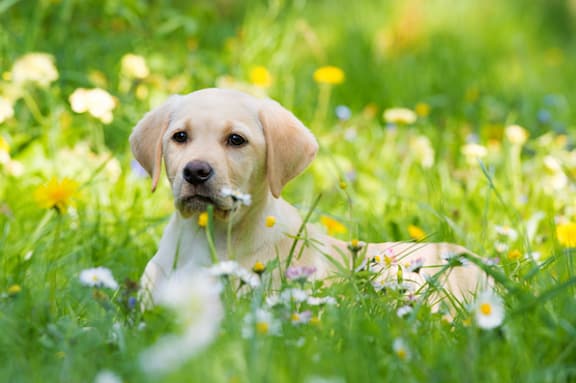