For adherents, veganism is often less of a dietary choice and more of a complete lifestyle, and is one that’s often met by confusion, misconceptions and outright criticisms from those who don’t ascribe to the same systems. Myths and misapprehensions exist about veganism, with outlandish assertions ranging from curing deadly diseases to slow starvation coming from those on opposing ends of the spectrum. As with so many other things in life, the truth generally tends to lie somewhere in the middle. Here are some of the most common myths surrounding a meat-free diet and explanations to dispel them, for greater understanding of those who are considering a switch or just looking to broaden their horizons in relation to other dietary viewpoints. Vegans are Frail and Sickly – Confirmed carnivores often see meat-free diets as a surefire way to become frail and weak, but that’s not typically the case. While vegans don’t get protein from eating meat, those who are informed and understand their bodies’ needs make a point of ensuring that they get plenty of protein from other sources. Beans, nuts and tofu are just a few of the protein-rich foods that can form the cornerstone of a healthy diet for active, vibrant vegans.

Vegans are Inherently Healthier – On the opposite side of the coin lies the belief that all vegans are somehow healthier and hardier than their meat-eating counterparts, due solely to the fact that they don’t partake in eating meat. The truth is that the healthiness of a particular vegan lies within their own understanding of a strong diet rich in vital nutrients. Simply cutting out the meat won’t necessarily make your body stronger, you must understand what it needs and how to supply those nutrients.

Vegans Must Take Several Supplements to Stay Healthy – The belief that meat and animal proteins are a necessary component for a healthy diet fuels the myth that all vegans must need additional help from supplements and vitamins in order to keep their bodies running properly. With a good diet and a balanced view of food, however, vegans are largely able to obtain the nutrients they need from the food they eat.

Vegans Eat Nothing But Raw Veggies – While those adhering to a vegan lifestyle don’t eat any type of meat, dairy or egg products of any kind, even they eat more than raw vegetables unless they’re on a particular “raw diet,” which does not apply to most vegans. There are so many different kinds of vegans in the world, from those who eat no red meat to those who will eat eggs to pescetarians, who partake in fish but no other meats.

Vegan Diets are Prohibitively Strict –There are as many kinds of vegans as there are people practicing the lifestyle. While omnivores may see a vegan diet as a prohibitively strict one from the outside looking in, their vegan counterparts understand that their dietary needs and beliefs are their own. 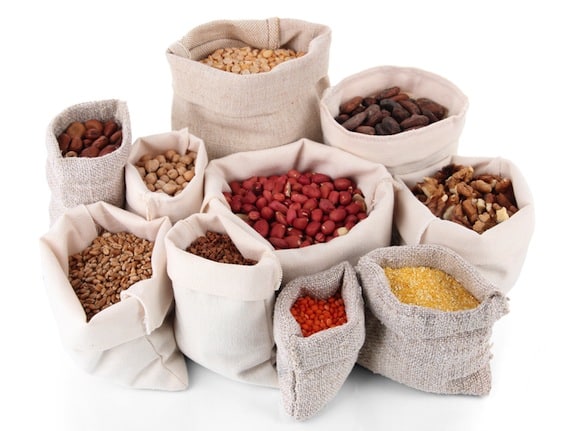 Vegans are Extremists – The mental image of a screaming activist who splashes paint on socialites in fur often goes hand-in-hand with the idea of veganism for those who aren’t a part of the vegan community, but it’s actually far from accurate. Most vegans aren’t preachy or sanctimonious about their lifestyle, and aren’t out to “convert” meat eaters to veganism.

All Vegans Are the Same – Some people who eat chicken and fish but no red meat identify with the vegetarian label, even if this is inaccurate. Vegetarians by definition eat eggs and/or dairy products. Vegans don’t eat any animal products at all, but there’s no one kind of vegan. Some eat mostly raw; some are both vegan and gluten-free; there are even “beegans” who are willing to use locally sourced honey.  This rich and varied group of people is far from homogeneous.

Tofu is the Main Source of Protein for Vegans – Tofu can be a favorite part of some diets, even those that include meat products. Contrary to popular belief, however, it’s not the be-all and end-all of vegan diets. Some vegans don’t eat tofu at all, especially those who are sensitive to soy.

Vegan Diets are Limited and Dull – Almost any dish you can make with meat can be made with a substitute, so vegan diets are far from boring. From spicy and exotic curries to comfort food like lasagna, there’s a wide variety of foods available to those who choose not to eat meat or any other animal products. Just as no two people are exactly alike, neither are any two vegans. Before making up your own mind about veganism, why not take the time to talk to someone who’s already dedicated to the lifestyle? You may be surprised by what you learn when you go straight to the source.

This article was contributed by Sophie Leake of Au Pair Care.