The added toppings on this vegan artichoke pizza —caramelized onions, red bell peppers, and basil — make it extra tasty. Serve with a big salad (add chickpeas or other beans for extra protein). Though it's filling, this pizza goes down easy, so double the recipe if you're feeding a hungry group. Though completely optional, tucking thin slices of fresh tomato between the pizza sauce and the cheese gives it a delicious summery flavor. Photos by Evan Atlas. 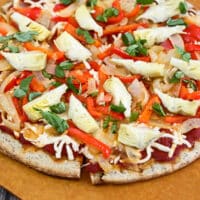 Pizza with Onions, Peppers, and Artichokes 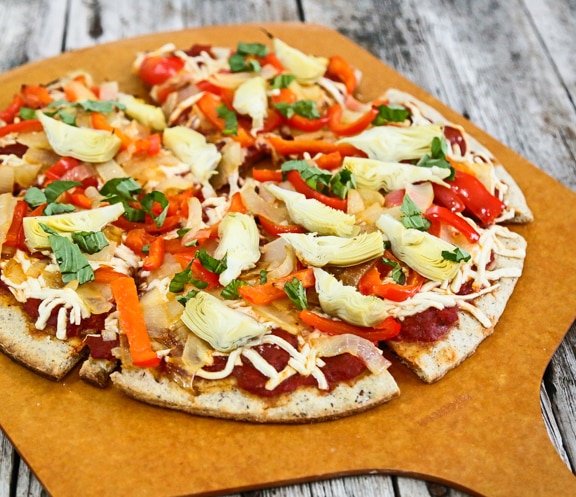 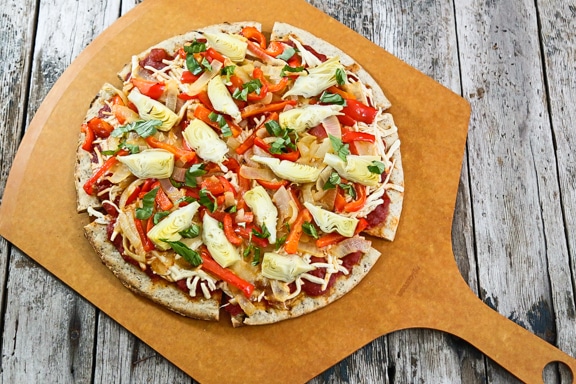