Recently, someone I know told me that she'd eaten a vegan "Elvis" sandwich in a New York City eatery. Curious, I learned that Elvis Presley's favorite sandwich was grilled peanut butter, banana, and bacon. It sounds a bit odd, but the combination is curiously good in this vegan recipe. The biggest modification is that smoky tempeh takes the place of bacon; natural, organic peanut butter and whole grain bread make it healthier. It's a bit intense, but for active people or hungry teens, this could be a big hit. Multiply the ingredients given here for more sandwiches. It makes a great school lunch. 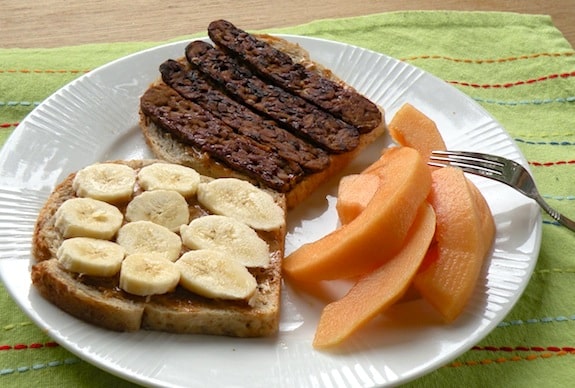