Running — whether for sport or fitness —can be intense on the body, and with this comes demand for fuel in the form of nutrition. Whether you’re running track in high school, or competing in a marathon, the task of proper fueling can be daunting. This is especially true for vegan athletes who don't rely on traditional sources of protein and carbs.

Carbohydrates, proteins, “good” fats, and other nutrients are all vital components in the runner’s toolkit, and being vegan make the task of getting all those vital components fairly difficult; that is, if you are not informed. Luckily, the vegan community has come a long way and getting the proper nutrition needed to fuel the performance, stamina, and longevity demands of running is actually quite simple.

Protein
Essential not only for optimal running, but for life itself, protein is key component in any diet—vegan or not. If we break protein down and look at it from a scientific point of view, it is the amino acids present in protein that really play an important role. It is the amino acids that provide the sturdy foundation necessary for the development of muscle, the repairing of tissue, and providing energy for the body. While most folks get their protein from beef, fish, poultry and eggs, vegans have to look elsewhere for adequate sources of protein. Thankfully, vegans don’t have to look far for protein. In fact, a simple trip to the grocery store can yield plenty of viable sources including seeds, nuts, beans, lentils and legumes, as well as a bevy of non-dairy milks. Of course, we cannot forget grains. These include everything from bulgur and barley, to quinoa and oatmeal. 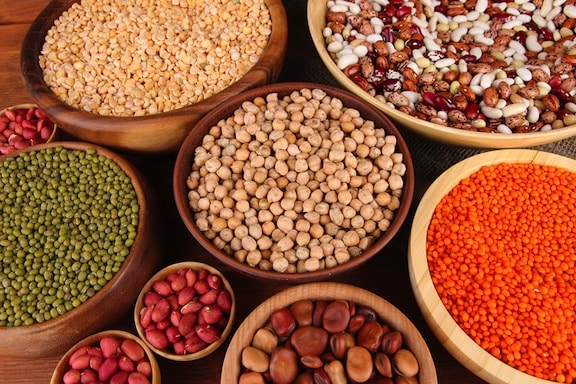 Runners have different protein requirements than that of, say, the average person. That is because their body burns more in the way of fuel. It is recommended that the average runner take in approximately 15% of their total calories in protein. So mathematically, if a person were to consume 2,700 calories in a day, 405 calories should be from protein (2,700 x 0.15 = 405). Furthermore, if a gram of protein in equivalent to 4 calories, that translates out to be about 101 grams of total protein (405 / 4 = 101.25). 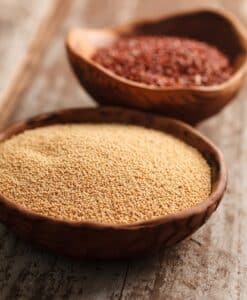 Carbohydrates are yet another key component for the runner as they provide energy. Describing carbohydrates can be difficult, but basically they’re continuous chains of sugar that are broken down into glucose by the body. In a nutshell, that glucose is used to feed the cells and give the body the energy needed to function. Carbohydrates are in practically everything including many prominent vegan staples. In fact, all of the protein sources listed above—especially grains—are excellent sources of carbohydrates. Another phenomenal source of carbs can be found fruits and vegetables (especially leafy green vegetables).

Zinc and Iron
These are two nutritional components that should never be neglected by vegan runners. Zinc can be considered a sort of internal medicine as it does wonders for the body by fighting infection and providing an overall support system for the body to repair any injuries. Iron on the other hand is a messenger. You see, your body requires oxygen to function. Iron is responsible for transporting that oxygen via the blood to all parts of the body. For the runner, this is essential as the muscles and body tissue are taxed heavily during a run and require and adequate supply of oxygen constantly.

The problem for vegans is that zinc and iron are not absorbed as thoroughly through plant-based sources and they are through meat and other animal-related sources. If that wasn’t hard enough on vegans, the simple aspect of running can spur the loss of iron in a variety of ways. First and foremost, iron and zinc, as well as other minerals and nutrients are lost simply by sweating. In other cases, some runners will experience a very small bleed internally in which iron can be lost. Furthermore, because running require the constant (and sometimes violent) contact between feet and pavement, blood cells located on the bottom of the foot can literally explode, resulting in a further loss of iron. 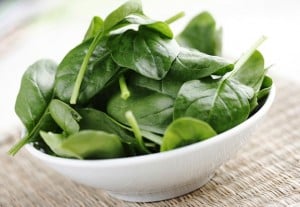 Believe it or not, we have already covered a lot of good sources of both zinc and iron. Most of the protein sources listed above are all abundant with zinc. For iron, vegans can enjoy everything ranging from soybeans and tempeh, to leafy greens such as spinach. Most beans and legumes are also heavily laden with iron.

** Helpful Hint: Vegans can increase their body’s absorption of nutrients by consuming foods that are loaded with vitamin C. **