On Saturday, September 5, 2015, Woodstock Farm Animal Sanctuary celebrated its grand reopening in High Falls New York. And what a festive celebration it was! The sanctuary’s beautiful new facilities on 150 (normally peaceful) acres of pasture land and barns are a bucolic dream. As a longtime fan of the sanctuary and its mission, I am beyond delighted that their new home is just 17 minutes (according to Google Maps!) from my own.

Jenny Brown and her husband Doug Abel started the sanctuary in its original location in Woodstock several years ago. Jenny (also the author of the book The Lucky Ones among many other accomplishements) and the equally accomplished Doug, and their staff and volunteers deserve every ray of sun that shone down on them on this perfect late summer day. Their mission, as they state, is “to provide shelter cows, pigs, chickens, turkeys, ducks, sheep, goats, and rabbits who have been rescued from cases of abuse, neglect, and abandonment.” 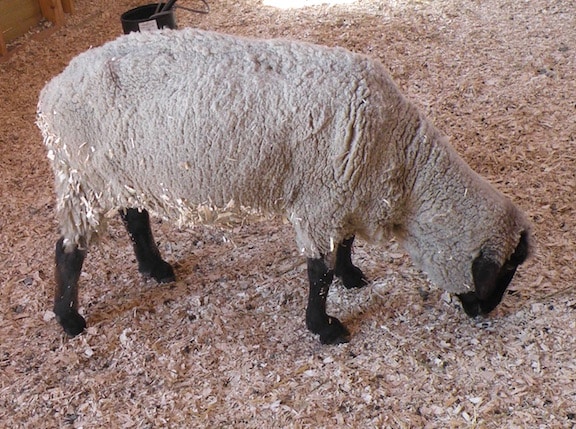 By the time I left, just two hours in, the event had already attracted thousands of visitors. With hours to go, and lines of cars in both directions queuing to get in, I felt somewhat encouraged. As anyone in the vegan movement can attest, there can be moments despair as we ponder why so many otherwise reasonable people turn a blind eye to animal welfare — especially animals that wind up on the dinner plate. It’s unlikely that all of the thousands of visitors to the September 5 event are devout vegans, but I’m sure that plenty of minds were changed after interacting with the gentle and very sociable animals. The many young children there will surely make the connection from here on.

As WFS settles into its new digs, they plan on hosting events such as their annual Thanksliving benefit as well as private weddings (one of which is coming up shortly), but something everyone can do is visit and/or become a member. Meanwhile, to give you a taste of the grand-reopening festivities … 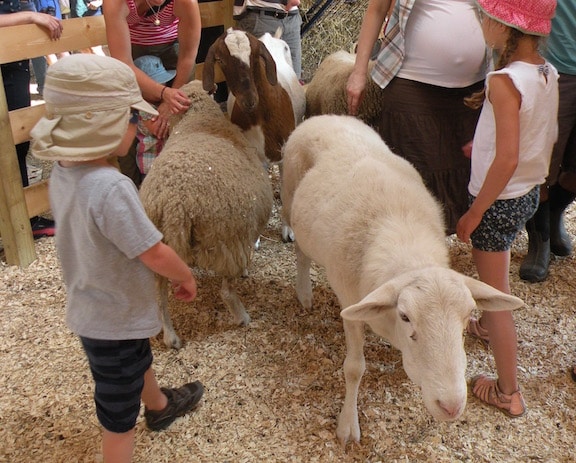 Woodstock Farm Animal Sanctuary is all about the animals. Here they’re well cared for and can live their lives out in peaceful surroundings. Kids of all ages loved interacting with the animals, and it appears that the feeling was mutual. 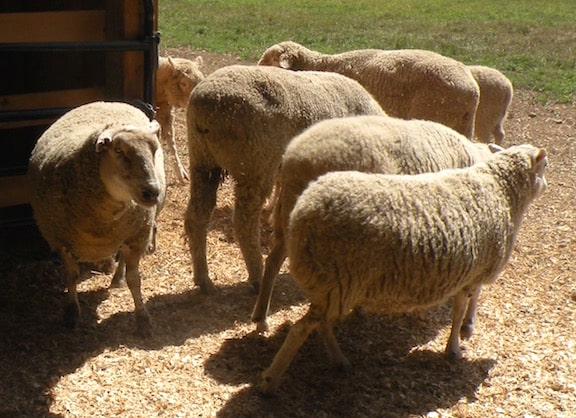 If you’ve ever imagined how much fun it would be to hug a sheep, you won’t be disappointed. 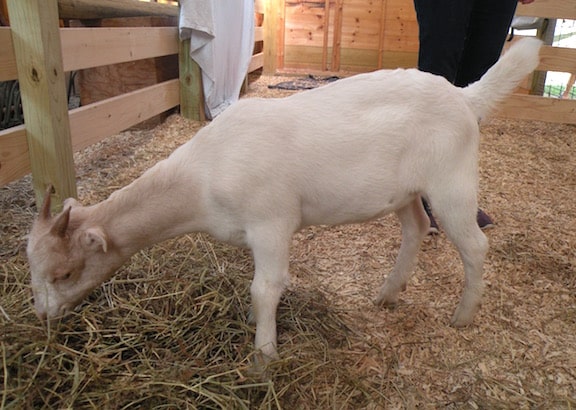 Baby animals are just as cute as baby humans but a lot less trouble. 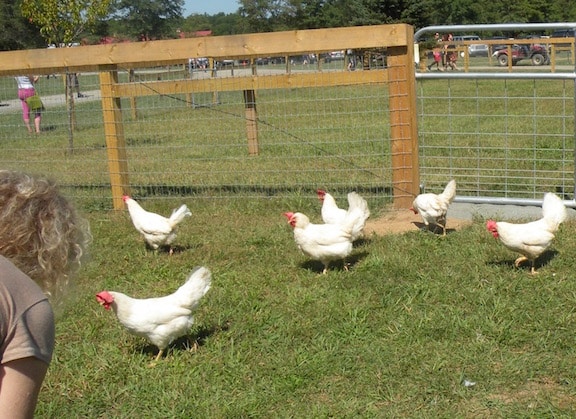 Chickens are amazingly social creatures with unique personalities all their own. 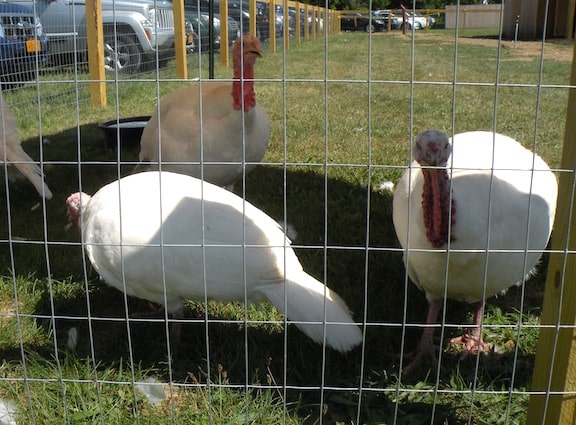 These turkeys have it made in the shade, even though they look like they were debeaked. At least they won’t wind up next to the cranberry sauce … 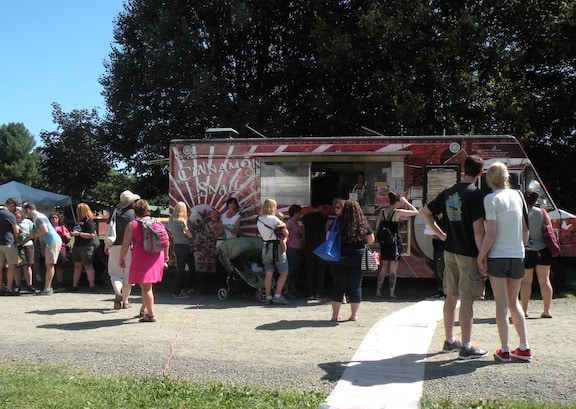 And of course, after admiring the animals, the next best way to win people over to Team Vegan is with the delicious food. Cinnamon Snail’s famous food truck was just one of a number of amazing eateries stationed at the celebration. 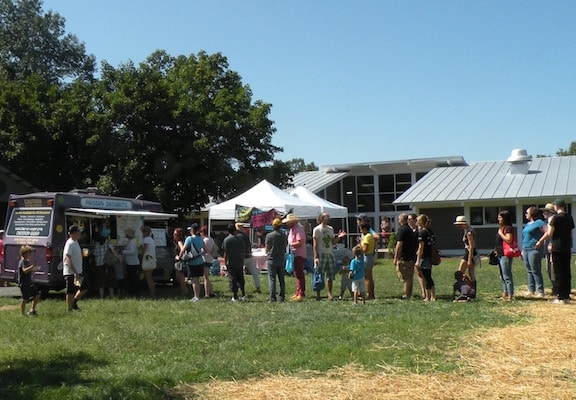 Here you see visitors queuing up for Like No Udder non-diary soft serve and vegan treats, and in the background, Marty’s Vegan Fast Food, which offers tasty vegan burgers of several varieties. That’s what I had for lunch — yum! Look for Marty’s at Holiday Shops at Bryant Park this coming season. 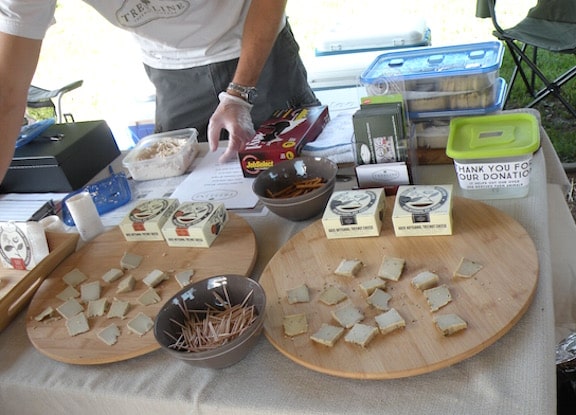 Tree Line Treenut Cheese is a Hudson Valley business that makes artisan cashew-based vegan cheeses. So many varieties and flavors! 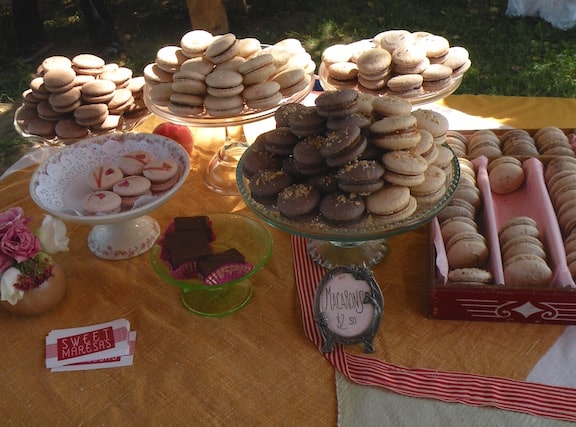 For dessert, there’s Sweet Maresa’s French macarons — vegan, of course, and quite exquisite. Maresa makes cake as well, and in fact, will be providing the cakes at the wedding of a friend of mine next weekend. At last! A wedding at which I can actually taste the cake. 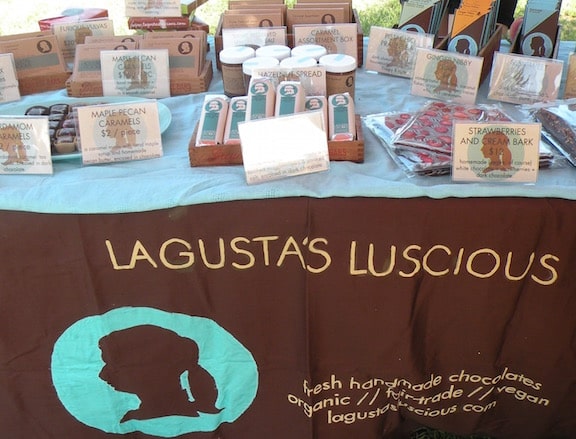 Another Hudson Valley neighbor of mine is Lagusta’s Luscious. Lagusta oversees the production of handmade, fair trade, and incredibly delicious chocolate treats of all sorts. 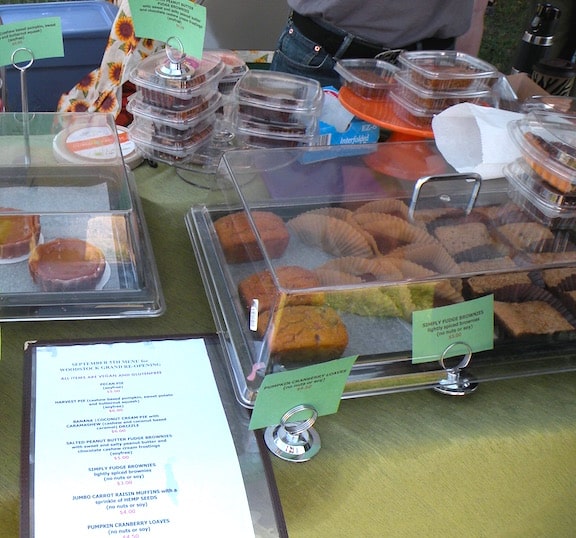 Gone Pie Vegan Bakery offers delectable baked goods that are not only vegan but also gluten-free. Everything is whole grain, fair trade, and organic wherever possible.

If you’ll be visiting New York’s beautiful Hudson Valley region this fall to sample the food, music, and art scene (and to admire the foliage) including Woodstock Farm Animal Sanctuary on your itinerary is well worth your while.