Good Karma eating is as simple as can be: comprise your meals of plants instead of animals, and most of the time choose unprocessed plant foods, meaning that they got from the garden or orchard or field to your kitchen with minimal corporate interference.

This way of eating gives you good karma in two ways. The first is self-explanatory: by eating foods of high nutrient density and avoiding the animal products and processed foods your body can have trouble dealing with, you’ll reap the rewards of improved health. The second is a bit more mystical: you do good and you get good back. 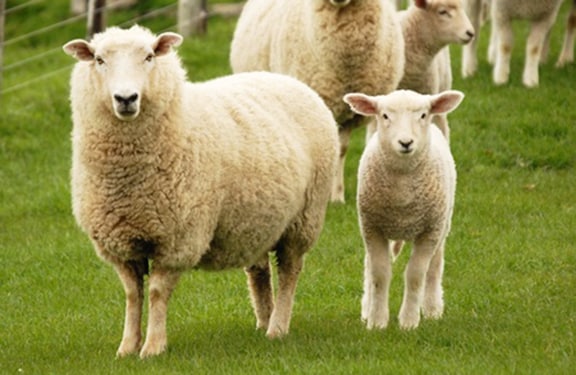 As is true for life in general, it’s probably better to do this with unselfish motives, but even if your motivation is to become thinner, healthier, or more youthful, you’ll be doing something modestly heroic at the same time. This way of eating and living could lessen the suffering of billions of animals.

I know it’s hard to think in terms of billions, but if you imagine counting the individual beings one at a time, you get some of the impact. In addition, ninety-eight percent of the animals raised for food suffer horrifically on factory farms before being slaughtered, often in adolescence. Every time you eat a vegan meal, you’re voting for something different.

This choice also lightens the burden on the planet. Raising animals for food in the numbers we do today calls for an exorbitant amount of water and fossil fuels. It leads to vast “lagoons” of animal waste, and the release into the atmosphere of tons of greenhouse gases, mostly in the form of methane. 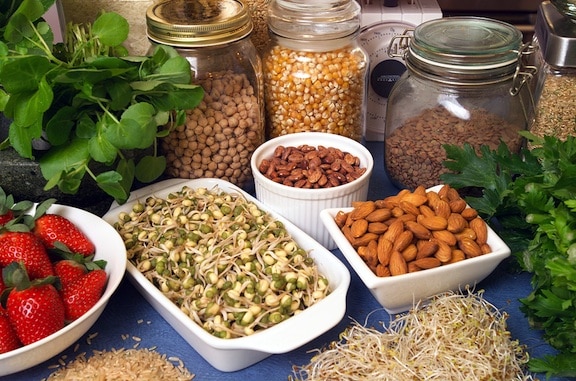 What you have here is holistic dining at its finest – body and soul. Eating whole, plant foods is scientifically validated as being both nutritionally adequate and anti-pathological. In other words, it cures stuff. Not everything. But reversal of such scourges as coronary disease and type 2 diabetes among people on this kind of diet has been repeatedly reported in the scientific literature; and the preventive potential of this way of eating is supported by ample research.

If this sounds great but going all the way seems impossible right now, go partway. Americans’ consumption of animal foods has, as I write this, been decreasing annually since 2007, primarily because non-vegans are making vegan choices some – or much – of the time. They fix a veggie-burger or black beans and rice, or they order their latté with soy, or have a green smoothie for breakfast so they’ll look prettier and — what do you know? — the statistics get prettier, too.

If you hear yourself saying “I could never give up ice cream” (or something else), realize that you may just be short on vegucation. If you have the information and you’re still saying “I could never give up. . .” listen to yourself. You’re affirming weakness. You’re bigger than that. You can eat plants and save lives. You can give your life exponentially more meaning by living in a way that decreases suffering just because you got up and chose a kind breakfast.

Without this commitment, the Good Karma Diet would be, as much as I hate to say it, just a diet. To me, a diet is: “Eat this and don’t eat that, and feel guilty when you screw up, which of course you will because you’re only human, for heaven’s sake, and nobody can be on a diet forever.” That doesn’t really make you want to say, “I’ll have what she’s having.”

Understand and embrace the compassion piece, the conviction that you’re here to make life easier for others, regardless of species, and then everything else – whatever tweaks you might make because of an allergy, a digestive peculiarity, a personal preference -- will come with little effort. This lifts that word “diet” from the deprivational depths and restores its original meaning from the Greek diaita, “a way of life.” And this particular way of life is one replete with meaning and fulfillment and joy.

Excerpted from The Good Karma Diet: Eat Gently, Feel Amazing, Age in Slow Motion. ©2015 by Victoria Moran. Published by Tarcher/Perigee, reprinted by permission of the author.