Kale, a dark leafy green vegetable, that’s become a favorite in recent years, is packed with vitamins and minerals. Its health benefits are indisputable,as one of the foods richest in vitamin A, vitamin K, beta carotene and even calcium.

Kale is one of the oldest cultivating vegetables on earth and until the Middle Ages it was one of the most popular vegetables in Europe. Kale has been cultivated for well over two thousand years.

Kale grows native as far north as Russia and as far south as the Mediterranean coast. It's in the same family as broccoli, cauliflower Brussels sprouts and cabbage. According to the ANDI score (Aggregate nutrient density index) for all of these foods, kale is way above the rest. 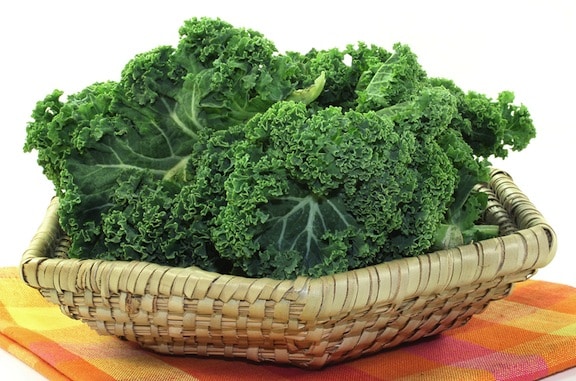 Kale's Amazing Nutrition and Benefits
Just like any other plant, Kale gets its dark leafy pigment from chlorophyll. Now what chlorophyll does is that it access a web and collects all the toxins and pollutants and flushes them out. It's great for our respiratory system and that's why it's highly recommended if you leave in a city or near a highway.

A study by the American Journal of Clinical Nutrition found that people who consumed over a 150% of their daily minimum of vitamin K were 22% less likely to suffer from cataracts than those who didn't.

Another benefit vitamin K brings is that it creates 4 of the 13 proteins our blood needs to clog. It's also vital to bone health. A 2001 study by the American Journal for Clinical Nutrition found that people who consume less than 120 micro grams of vitamin K per day of their daily value had about 10% lower bone density.

One cup of kale has 547 micro grams of vitamin K, which means it covers 4,5 times over! 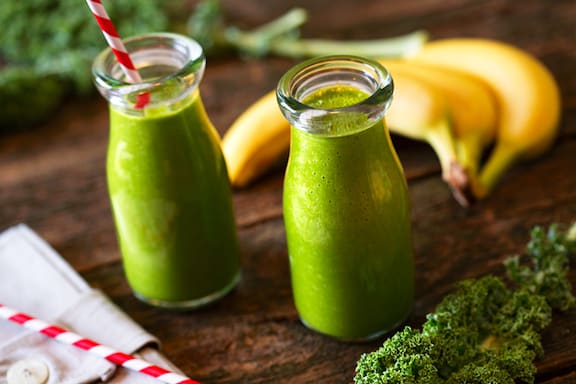 Kale has Cancer-Preventing Properties
The health benefits of Kale also include the presence of antioxidants. Specifically flavonoids. These important antioxidants have been demonstrated to reduce the risk of cancer.

Kale has been proven to assist in prevention of cancer by reducing the inflammation and oxidative stress that can contribute to cancer development. Kale intake has been proven to  effectively prevent prostate, ovarian, colon, breast and bladder cancer. (1,2)

It also contributes to the prevention to cancer through its glucosinolate properties. The body is able to make use of these glucosinolates and create cancer preventing compounds referred to as indoles, thiocyanates and isothiocyanates.

There are several reasons why indoles and isothiocyanates prevent cancer growth: (3)

Kale vs Spinach
You really can't go wrong choosing either one of these two superfoods, or any green vegetable for that matter.  You can replace spinach with kale in any spinach-y recipe. Even though spinach is famous for being Iron rich, Kale has more!

Both kale and spinach are jam-packed with vitamin C, A and K but in every one of these kale is richer. Although spinach has a little more fiber and magnesium, kale wins in calcium and protein. Which is great if you are lactose-intolerant and can't use dairy as a source for these essential nutrients.

Kale is also denser and higher in calories than spinach so you will need half the serving size to feel fuller. Move over, spinach — there's a new super green in town, and it's kale!