One evening a while back, I had about one hour to make dinner for the family—and eat—between getting home from one activity and going out to another. I improvised based on what was in the fridge rather than following a recipe. This was the result; everyone liked this simple dish so much that I set down a recipe for it, and have followed it many times since. Serve with a salad of fresh greens and tomatoes (toss in some beans and chickpeas for extra protein), fresh bread, and your favorite wine. Photos by Evan Atlas.

Cook the pasta in plenty of rapidly simmering water until al dente, then drain.

Meanwhile, heat half of the oil in a large skillet or stir-fry pan. Add the  garlic and sauté over low heat until golden. 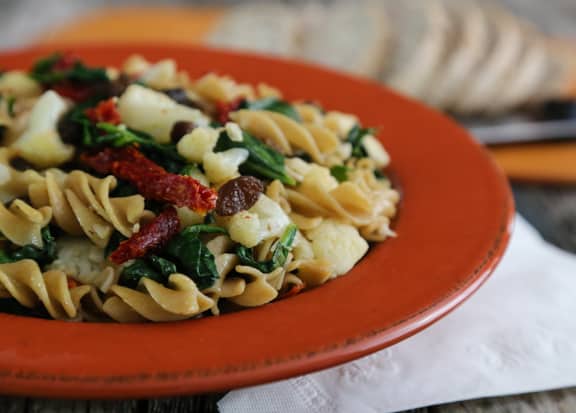 Stir together gently. Season with salt and pepper, and optional red pepper flakes. If you used sun-dried tomatoes that aren't oil cured, you can also add an extra drizzle of olive oil if you'd like. Serve at once. 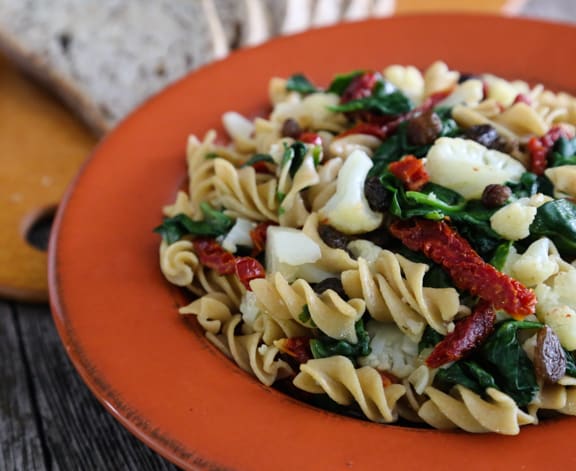