While wine has always been considered by physicians to be the “healthiest of beverages,” it was not until the 1970's when epidemiologists began to report than moderate drinkers had much lower risk of coronary heart disease than did abstainers.

The number of publications on moderate drinking increased markedly after the 60 Minutes program on the “French Paradox” in 1991; after this program, scientists apparently believed that it was “politically correct” to report data demonstrating beneficial health effects of alcohol, and not just focus on adverse effects of abuse. The results have been amazingly similar; almost uniformly, they have demonstrated that moderate drinkers have less coronary heart disease. - Curtis Ellison, MD, from The Oldways Table

Oldways has always included alcoholic beverages – in moderation – as part of a healthy diet. We were the first to put alcohol on an eating pyramid: the 1993 Mediterranean Diet Conference introduced the preliminary Mediterranean Diet Pyramid, with moderate wine drinking and exercise depicted next to the pyramid. We cemented this in stone with the official Mediterranean Diet Pyramid in 1994 (with the imprimatur of the Harvard School of Public Health and the World Health Organization). The Asian, Latin American, and Vegetarian pyramids followed in 1995, 1996, and 1997, respectively, all with wine and/or alcohol alongside the pyramid.

In all of this, the words moderation and moderate are integral to even thinking about wine drinking as part of a healthy diet. To make this point clear, and to provide further education materials, we developed the “Sensible Wine Drinking Guidelines” (see below for details). Working with nutrition and social scientists, the guidelines were introduced in 1996. With more than a decade to look back, we believe they are even more relevant in today’s not-so-moderate world. -K. Dun Gifford and Sara Baer-Sinnott in The Oldways Table 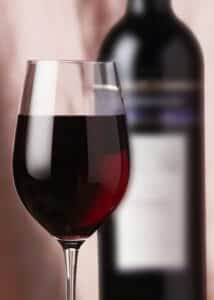 Appreciation of wine’s role in traditional rituals, celebratory festivities, and as an accompaniment to meals.
Acknowledgment of current scientific evidence association moderate wine consumption with everyday living.
Agreement on society’s responsibility to teach all people, especially young people about sensible drinking.
Acceptance of responsible wine consumption, along with a disapproval of excessive consumption.
Awareness of minimal alcohol abuse programs in regions of the world where wine is an integral part of health and lifestyle benefits.

* Moderate drinking is defined by the U.S. Dietary Guidelines as two 5-ounce glasses of wine a day for men and one glass for women.

**Drinking is not recommended for people who are at risk for alcohol abuse, for people who take certain medications, for pregnant women, or for people where consumption of wine may put themselves or others at risk.

Reprinted by permission of the Oldways Preservation Trust.