I must confess that for me, the main appeal of cauliflower crown roast, a new-fashioned way of preparing this veggie, is its appearance. Once you cut wedges away, what you have is lots of unseasoned cauliflower. To mitigate this blandness, serve with plenty of the same simple, tasty gravy used to baste it while it bakes. In its favor, other than the handsome appearance of the cauliflower, is ease of preparation. 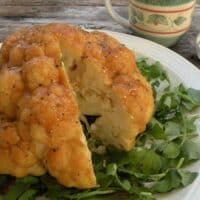 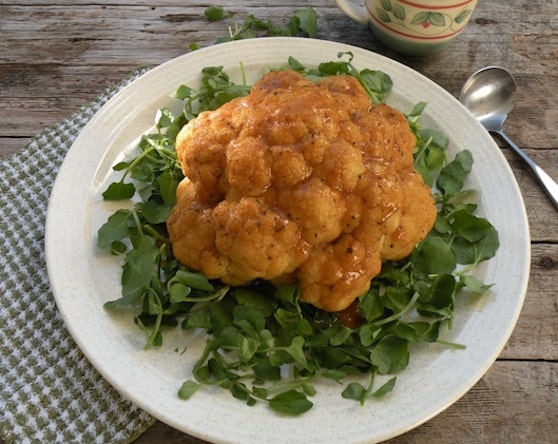 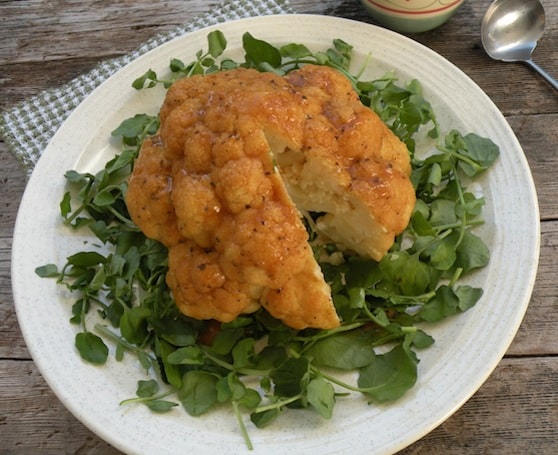