Here’s a formula for quick refrigerator pickles that you will love — no need for traditional canning methods and equipment! I like to have these in the fridge as often as possible, as a crunchy, nearly calorie-free snack. They're also great served alongside veggie burgers, sandwiches, and wraps. Don't just limit yourself to cucumbers! This works with other veggies, as suggested following the recipe. Photos by Evan Atlas.
Makes 1 quart

Combine the salt and sugar or stevia in a cup of hot water and stir until dissolved. Pour into a quart jar, then stir in the garlic, dill seed, optional peppercorns, and vinegar. 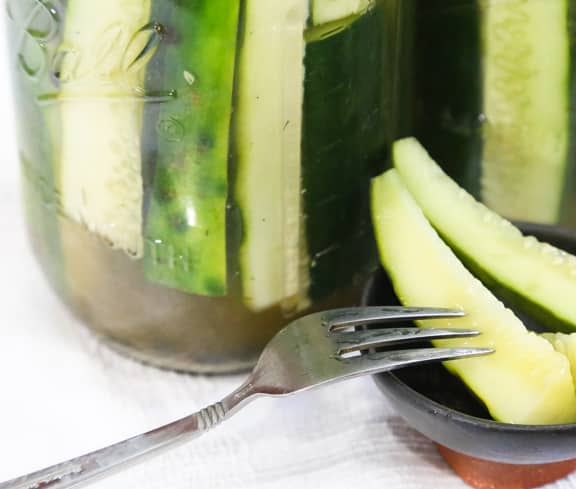 Pack the cut cucumbers into the jar, then fill to almost the top with water so that the cucumbers are completely covered.

Cover tightly and store in the refrigerator for several hours. These are usually ready in 24 hours. 48 hours is better, but I usually can’t wait that long!

You can use the same liquid for another batch of cucumbers, though they will be a bit milder. Tailor the flavors when making your next batch — add more or less salt, sugar, garlic, and vinegar to your liking. 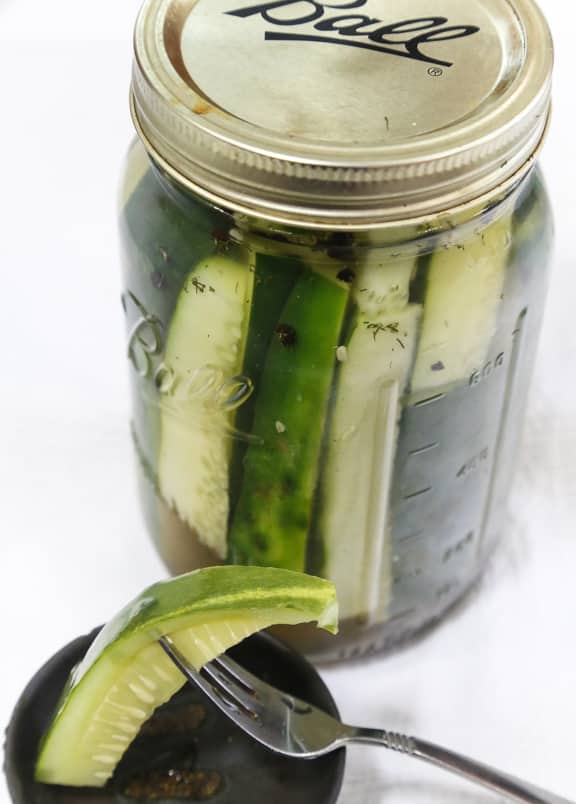