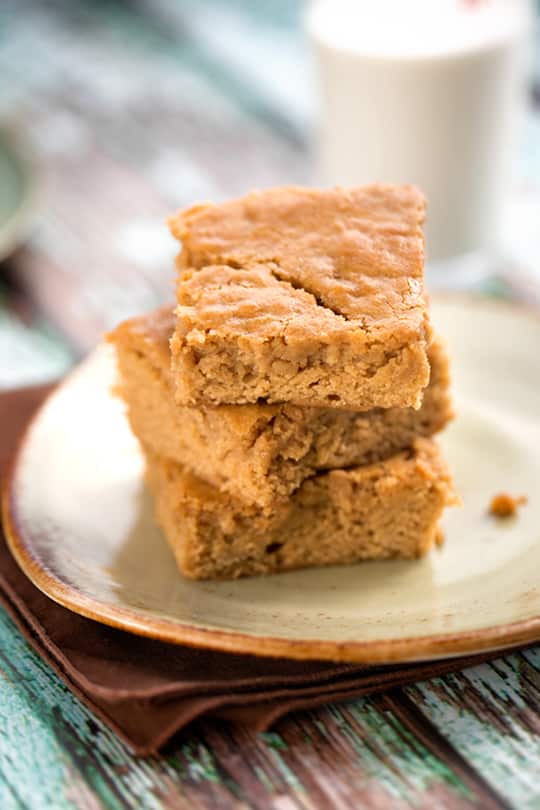 These vegan blondies are moist, sweet, and loaded with butterscotch flavor. It's a nostalgic treat, and super simple and quick to make.

Blondies, a childhood favorite, turned out to be one of the most difficult recipes for me to master in vegan form.

Really, it should have been a breeze to figure out this seemingly foolproof idea, and yet my first trial pan of raw batter literally exploded all over the oven.

I wish I were exaggerating, but in all honesty, drippy streaks of sugar and margarine plastered the glass window from which I watched in horror.

Thankfully, though it took a while to perfect my approach, the following 5 or 6 attempts only resulted in a trash can full of unsatisfactory baked goods rather than more kitchen disasters.

Now, I am happy to share my easy method for creating the delicious vegan blondies that I remember fondly from my pre-vegan days.

And thanks to all my rounds of testing, it doesn't require you to make the mess I did either. 😉

If you love these vegan blondies, be sure to browse my vegan desserts or check out these other tasty ideas:

Recipe and photos by Hannah Kaminsky. 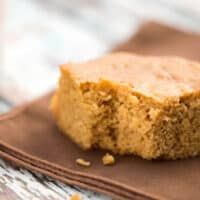