In colcannon, an Irish classic, potatoes, cabbage and/or kale plus leeks or scallions come together for a tasty dish. Here I’ve used both types of greens, which makes it tastier than ever. Traditional recipes for colcannon call for milk and butter, but it's easy to make vegan (aka dairy-free) with non-dairy milk and olive oil. Serve it on St. Patrick's Day, or any day of the year! Adapted from Wild About Greens by Nava Atlas. 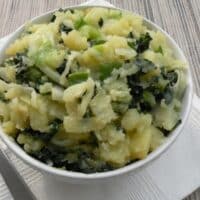 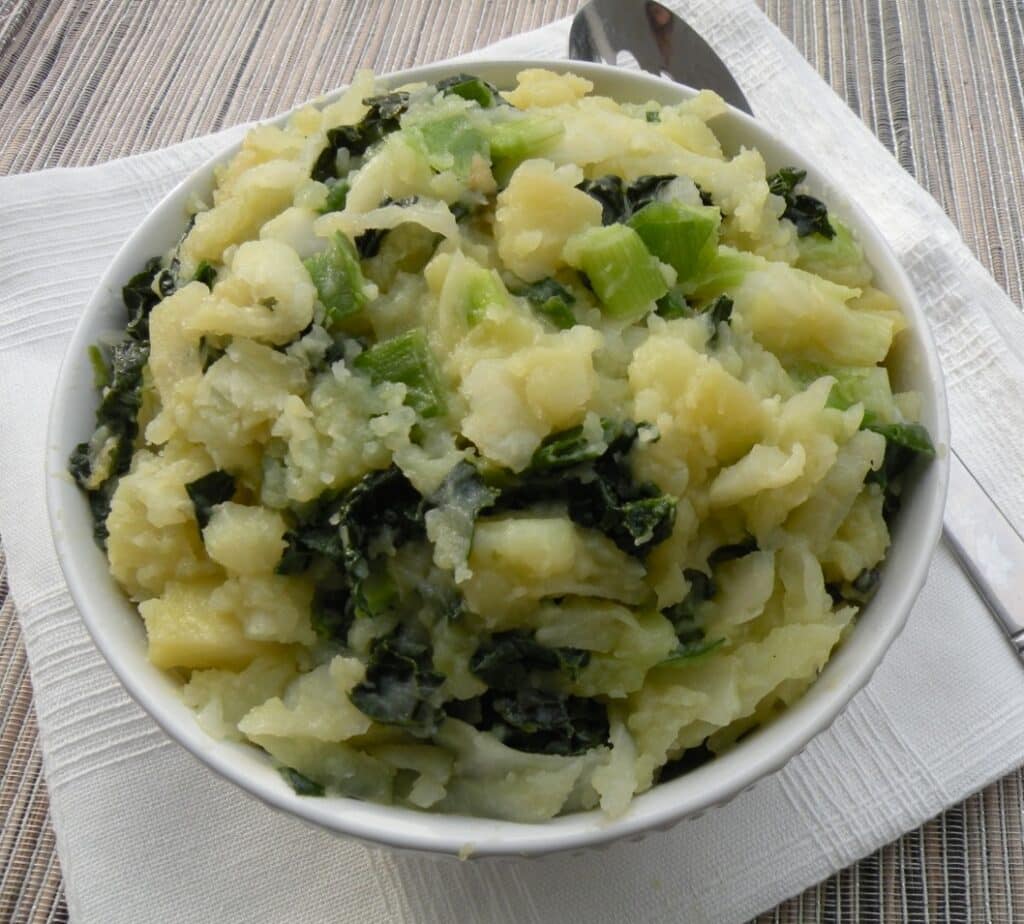