These no-bake macaroons are filled with all manner of nutrient-dense goodies, including nuts, nut better, dates, and of course, coconut. Not to mention a nice dose of maca powder, which not only lends its malty flavor, but its energy-boosting benefits. If you're unfamiliar with maca, or just want to leave it out, no problem — see the alternative following the recipe. Photos by Evan Atlas. 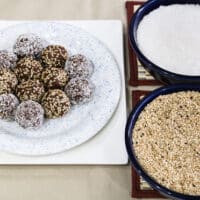 Note: If you're unfamiliar with maca or simply don't want to use it, omit this ingredient and substitute ¼ cup fine oatmeal or wheat germ. 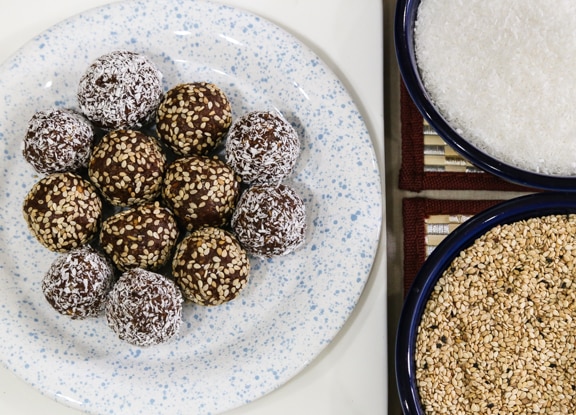 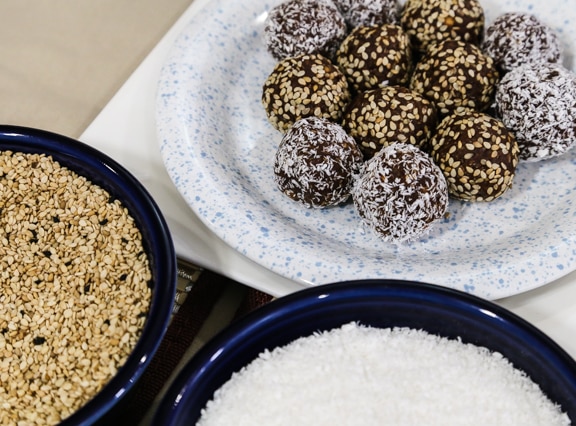