Here's the Chinese restaurant classic, peppersteak, in a hearty, "beefy" vegan version using seitan in place of the real thing. It's better this way! I enjoy this served with noodles, but serve with brown rice, or even just on its own, if you prefer. To complete the meal, serve with steamed broccoli, and a simple slaw or a platter of raw veggies. Photos by Evan Atlas.

Cut the seitan into bite-sized strips. Slowly heat half the oil and half the soy sauce slowly in a stir-fry pan. Add the seitan, stir quickly to coat, and turn the heat up to medium-high. Stir-fry until lightly browned on most sides, then transfer to a plate until needed.

Heat the remaining oil in the same pan. Add the onion and sauté over medium heat until golden. 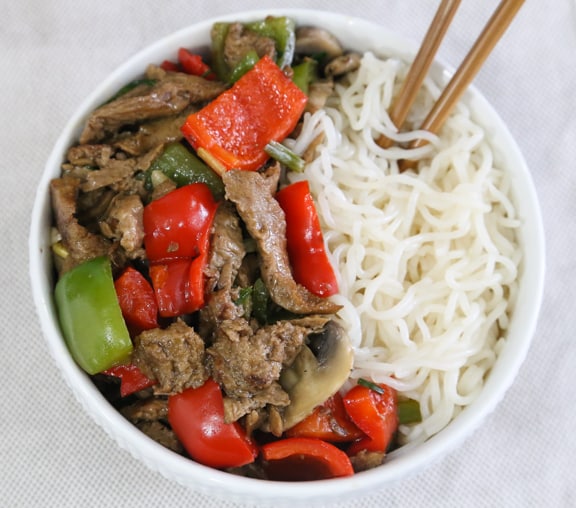 Combine the remaining soy sauce and sherry in a measuring cup. Add about ¼ cup water, then stir the cornstarch in until it dissolves. Add enough additional water to the cup to make 1 cup liquid. Pour into the pan.

Stir in the the ginger; cook until everything is well heated through, just unother minute or so. Serve at once, passing around extra soy sauce if desired.

Variation: To add more green to the dish, add a few trimmed snow peas to the dish when adding the ginger in the last step. 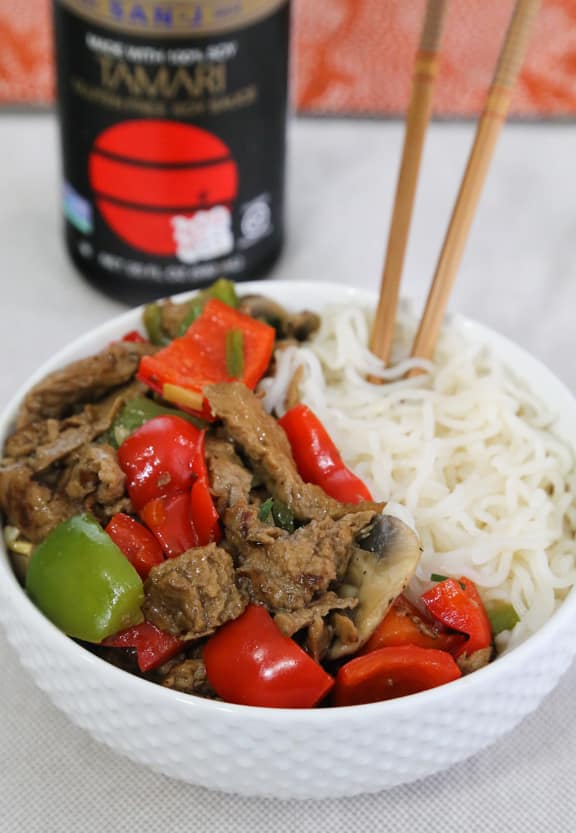