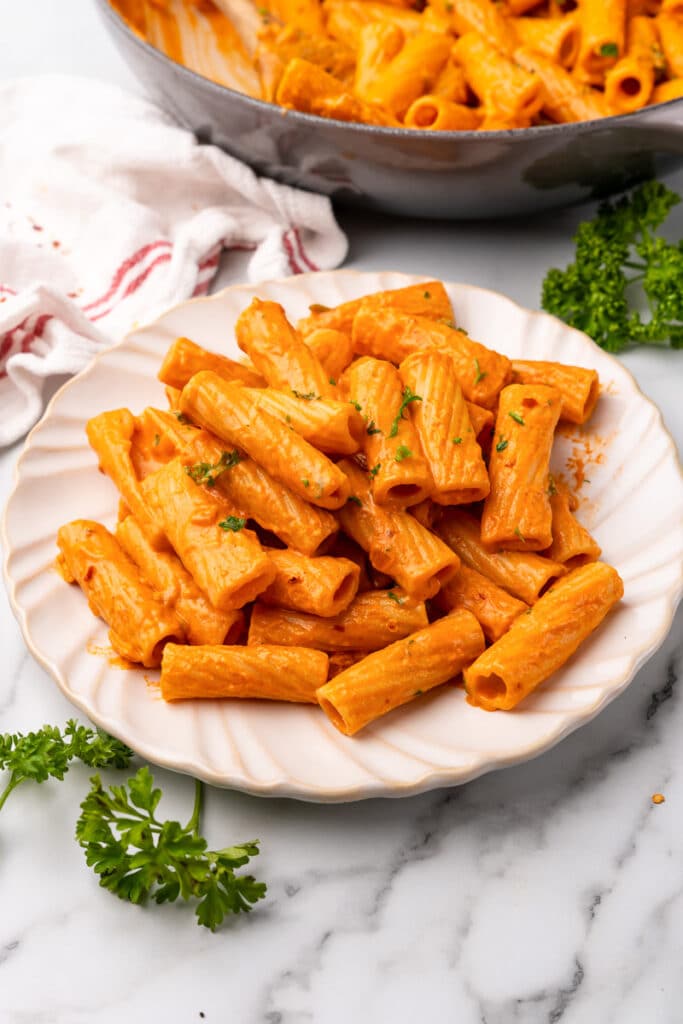 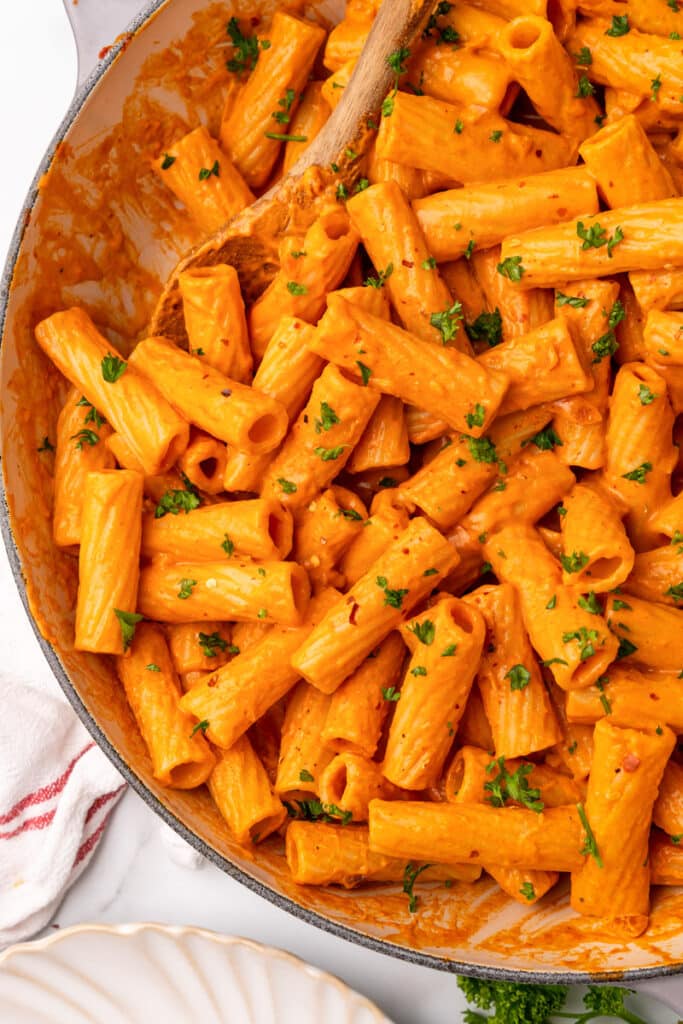 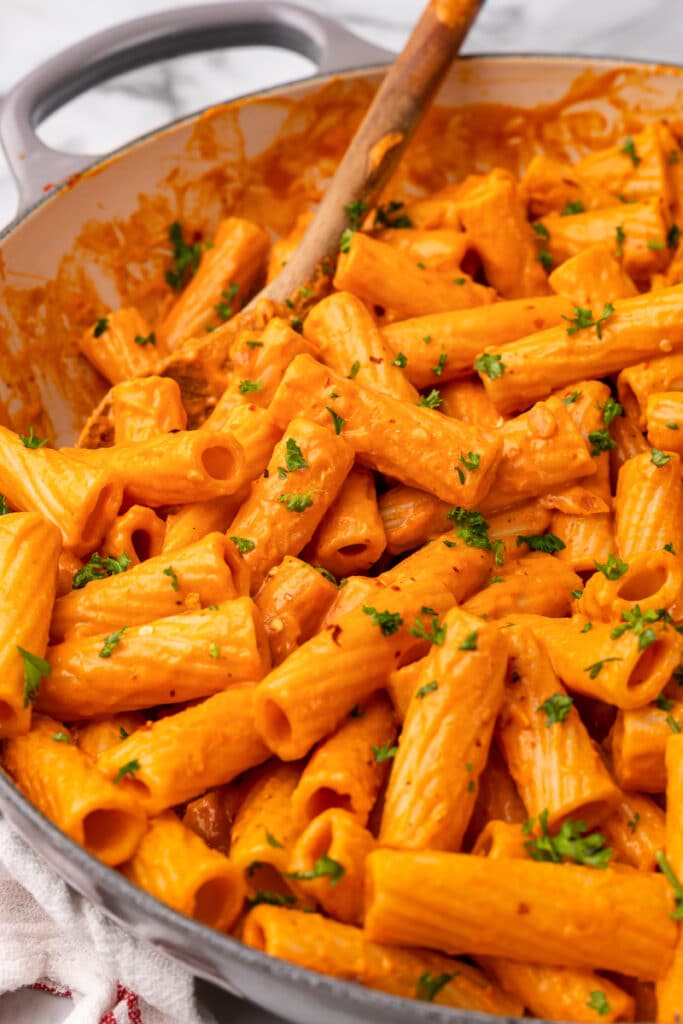 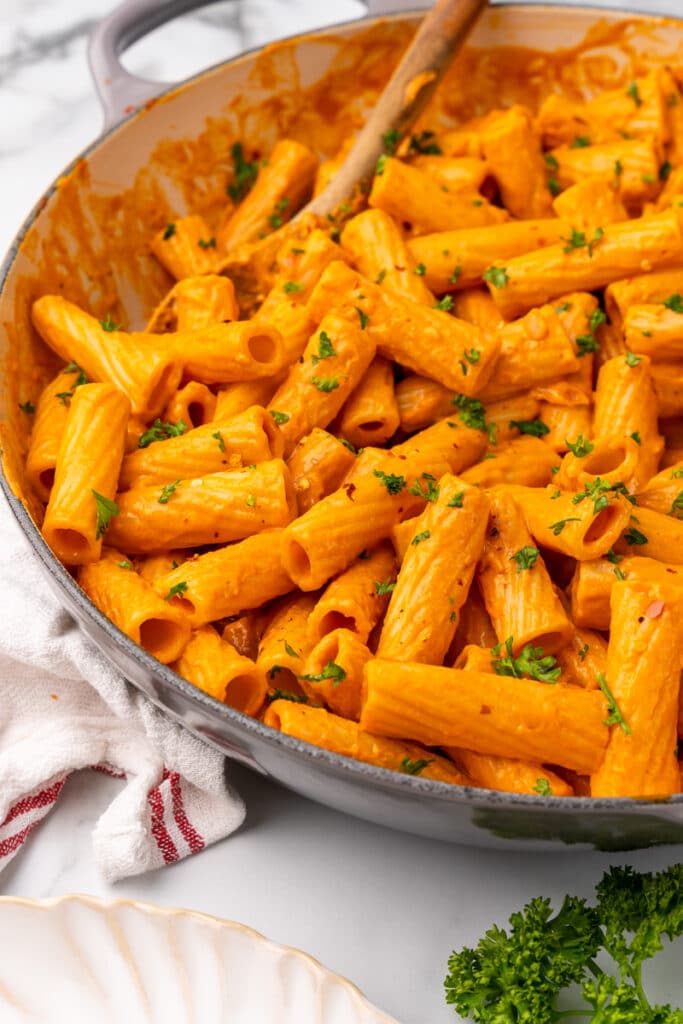 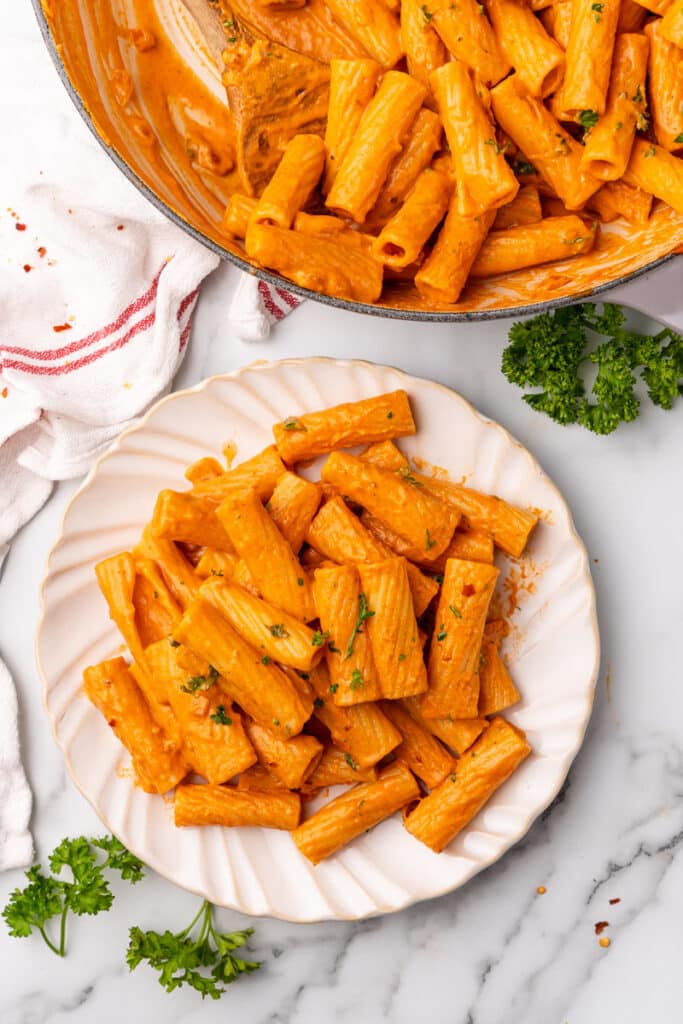 Growing up in an Italian family meant eating my fair share of pasta dishes. Ok, probably way more than my share. And I've traditional vodka pasta was always one of my favorites.

So I finally spent the time to figure out how to vegan-ize this traditional Italian recipe. And here it is - vegan vodka pasta!

The vegan vodka sauce is super rich and creamy thanks to some key ingredients like coconut milk and nutritional yeast. And I have to say - this is one darn good vegan pasta dish.

And while you're here, don't forget to grab a copy of my free vegan cheat sheet. It's packed with all my favorite substitutions to vegan-ize any recipe!

The vegan vodka pasta is easy to make with simple ingredients that you probably already have in your pantry. Then just toss with your favorite pasta and mangia!

See the recipe card below for detailed measurements and instructions.

How to Make Vegan Vodka Sauce - Step by Step

While this vegan vodka pasta tastes like it took all day to make, it's actually easy to throw together in about 20 minutes. Perfect for an easy weeknight meal!

Add the vodka! Then stir in the coconut milk and nutritional yeast.

Stir until the vodka sauce is nice and creamy, and bring to a simmer.

Toss the vegan vodka sauce with your favorite pasta and enjoy!

And there you have it! A deliciously simple vegan vodka pasta that's ready in under 30 minutes. What's not to love?

Hint: While you can use any pasta of your choice, penne or rigatoni pasta is the most traditional choice. And it works well because the vodka sauce clings to all those little ridges!

Make it without vodka. You can omit the vodka from your vodka sauce, and you'll still end up with a delicious spicy, garlicky tomato sauce.

Make it gluten free. This vegan vodka pasta is gluten free when made with a gluten free pasta, like this chickpea pasta.

Add veggies. While a traditional vodka pasta doesn't contain any extras, you can make this dish a bit heartier by adding sauteed veggies like bell peppers, onions, or zucchini. You could even add chickpeas for a protein boost!

Store any leftover vodka pasta in the refrigerator for 3-5 days, in an airtight container. You can also freeze the vodka sauce for 2-3 months.

If freezing, freeze the sauce on its own in an airtight container. Then defrost, warm on the stovetop, and toss with cooked pasta.

What vodka should I use?

Any unflavored vodka will work just fine. It does not need to be fancy or expensive. But as with wine, I don't recommend cooking with anything you wouldn't be willing to drink!

If you love this vegan vodka pasta, be sure to check out these other tasty recipes: 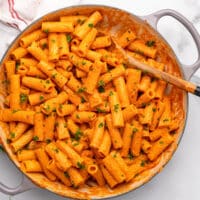