This soup recipe is a tasty adaptation of a southwestern classic. When zucchini becomes over-abundant in the late summer garden, this is one way to use up a fair amount of it! Serve as an introduction to a southwestern-style meal of soft tacos or vegan quesadillas. Serves: 6

Add the zucchini dice, bouillon cubes, cilantro or parsley, oregano, and cumin, plus just enough water to barely cover, and bring to a slow boil. Lower the heat, cover, and simmer gently until the zucchini is just tender, stirring occasionally, about 10 minutes.

Stir in enough nondairy milk to give the soup a slightly thick texture. Stir in the lemon juice, then season with salt and pepper. Return to a gentle simmer and cook just until piping hot.

Allow the soup to stand off the heat for an hour or so to develop flavor, then adjust the seasonings. Or, you can let the soup stand until at room temperature, then refrigerate and serve chilled Top each serving with a dollop of Vegan Sour Cream or Cashew Cream, if you’d like, and/or some croutons. 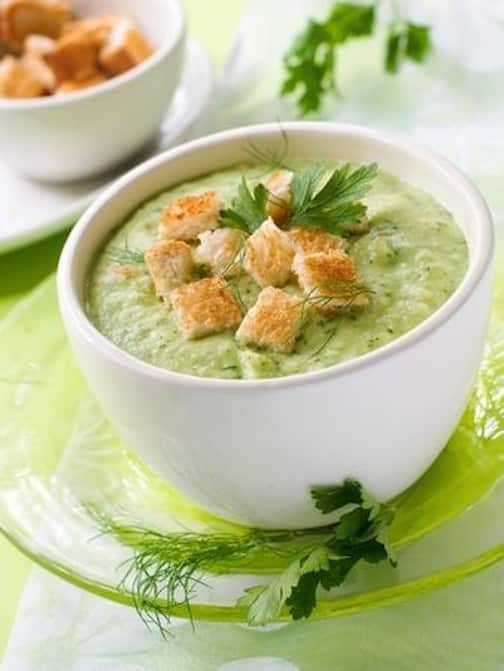