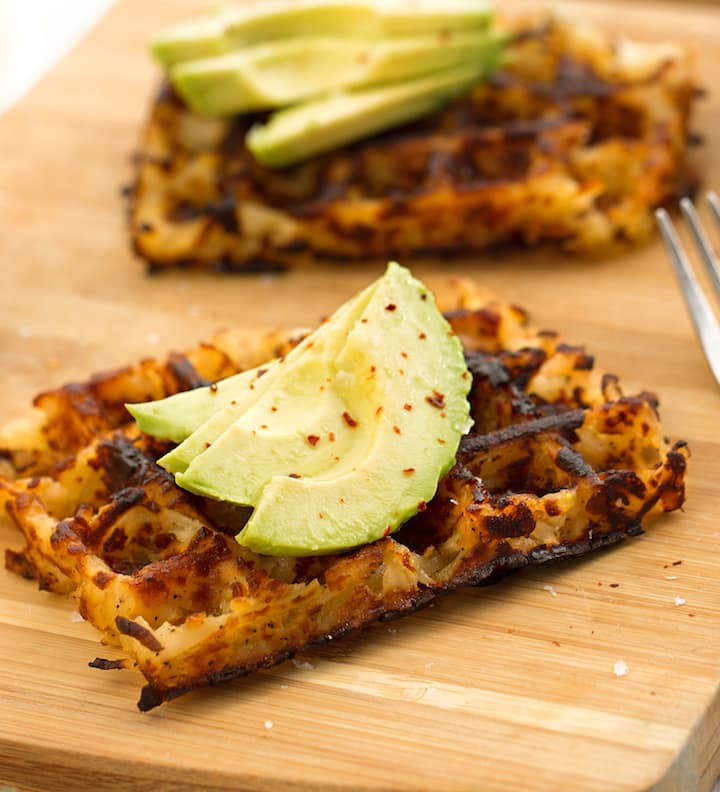 If you've never heard of hash brown waffles, you're in a for a real treat! This magical breakfast treat is a perfect blend of your two favorite breakfast foods - waffles and hash browns! And it's 100% vegan too!

I love hash browns. No, seriously. I'm a bit of a hash brown connoisseur. So these potato waffles from the Real Food, Really Fast cookbook are right up my alley.

What separates award-winning hash browns from merely adequate hash browns all comes down to texture. They should be perfectly crisp on the outside, yet tender and creamy on the inside.

And that's exactly why these hash brown waffles are so perfect. Using a waffle iron instead of a traditional frying pan, gives a far more satisfying crunchy crust, while keep the potatoes in the center nice and creamy.

These hash brown waffles are:

This is one vegan breakfast that's sure to be a hit with the whole family!

Squeeze any excess water from the shredded potatoes before mixing them with the other ingredients. This helps ensure a nice crispy potato waffle!

Preheat the waffle iron so it's nice and hot before you begin. All waffle irons are a little different in terms of time needed to heat up, so consult your manual if you are unsure. It needs to be fully heated to get a crispy potato waffle.

Work in batches if you need to. I used a four-waffle iron, but yours may make just one or two waffles at a time. That's fine, just work in batches.

The vegan butter can be substituted with coconut oil, if you prefer. It will lend a little bit of coconut flavor to the hash brown waffles.

Top your waffles with your favorite vegan-friendly garnishes. I like to serve them with sliced avocado and a sprinkle of crushed red pepper. Other great options are salsa, dairy free sour cream, or melted dairy free cheese shreds.

If you love these vegan hash brown waffles, be sure to check out these other delicious breakfast ideas:

Recipe and photos for these Hash Brown Waffles are reprinted with permission from Real Food, Really Fast by Hannah Kaminsky © 2018 by Skyhorse Publishing. 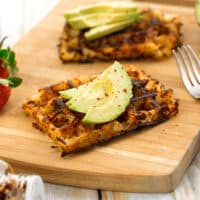 You can also find ready-to-cook shredded potatoes in the refrigerated sections of some grocery stores, alongside prepared and packaged side dishes.