Finely diced cucumbers, tomatoes, and bell peppers are central to this Israeli salad; other vegetables are sometimes added as well. For a homemade Middle Eastern feast, serve this with Hummus and Baked Falafel with Smoky Tahini Dressing. It's a nice light dish to serve on the side of Vegan Latkes at Hanukkah; and I also really like this with Tofu and Potato Hash Browns. 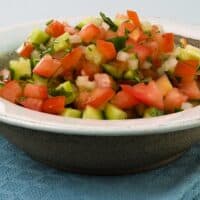 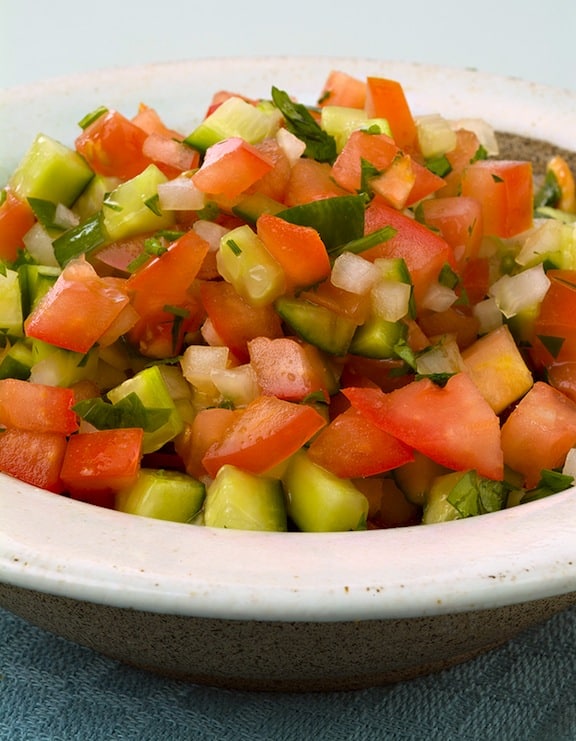